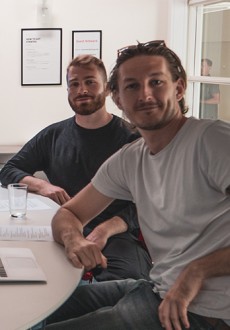 Journalists working for DN, BBC, and The Telegraph, alongside Mynewsdesk CMO identify the common pitfalls PR people make. The group also shared examples of win-win situations and highlighted what they thought were good examples of brand storytelling.

Below are the mistakes that every communicator should avoid when pitching a story:

A generic press release that is sent out to everyone and doesn’t make the journalist feel special, and isn’t relevant to the kind of things the journalist covers typically.

When a PR person goes “So hey, we’re this brand, this organization, we’re doing this event and this cool thing, please write about it!” Maddy said there is nothing creative about that. Also, she raised the question: “How often do you hear about people writing about events for big national newspapers if those events are only for like a hundred people?” Rarely, but according to her, people still try.

Lacking all the elements the journalist needs

Maddy remembers once a homeless charity in the UK that pitched a compelling story, while she was working at the BBC, about these children living in cramped accommodation. Unfortunately, they couldn’t provide any children or families to talk about their experiences so without a case study it was tough for Maddy to do the story.

PR people are not respecting the time of a journalist. Sending journalists information and saying, “Hey, can we chat about this on Tuesday at 2 pm?” “Oh well, I have no idea what I will be doing next Tuesday at 2 pm. So you better off giving me a quick elevator pitch on the phone,” said Maddy.

Oliver brought up the number of irrelevant emails clogging up journalists inboxes to be insane. The problem he said is that when PRs are sending out rubbish, it ruins the chances for everyone else that has something good to say from being heard. He gave an excellent example of an LA-based company selling chips who sent him an email, while he was working at The Local, “Crispy bacon as a chip, yes, please. 100% plant-based and ridiculously tasty”, was the headline. Interestingly, he said that could be a good story for another magazine but wasn’t relevant to The Local. His point was that so many PR people don’t bother sending their emails to the right people, that casting a wide net and hoping for more responses was a waste of everyone’s time.

“A hectic job and a juggling act.”

The squeeze on journalists time is one of the most significant errors brands don’t necessarily recognize.

Respect a journalist’s time. Do your homework to ensure you’re pitching a relevant story to the right person. Provide the journalist with all the elements they need. Those are the essentials to establishing a good rapport. Be sensitive to another person’s time; don’t waste it!